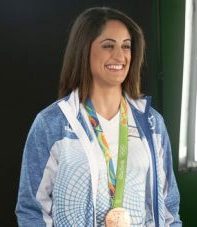 On August 9, 2016, Yarden Gerbi became Israel’s second female medalist in the Olympic Games and again it was in the discipline of Judo. After defeating Maricet Espinosa from Cuba, Gerbi advanced to the quarterfinals where she lost to Brazilian Mariana Silva and dropped to the repechage consolation round. In her next bout, she beat Yang Junxia from China and faced Miko Tashiro from Japan for the bronze medal, which she won giving Israel their second ever women’s medal at the Olympic Games following Yael Arad’s Silver medal in Judo at the 1992 Games in Barcelona.

On August 23rd of that same year, Gerbi announced that she would auction off her Olympic ID in order to raise money for children with cancer at Ichilov Hospital. The auction came to a close on August 29th and the ID was sold for 196,735 NIS.

On October 2, 2017 Gerbi surprised many by retiring from Judo at the peak of her career. 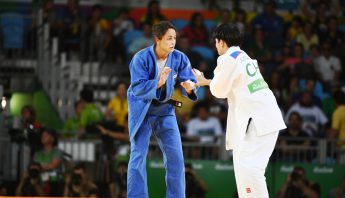 2014 – Second place at the World Championships